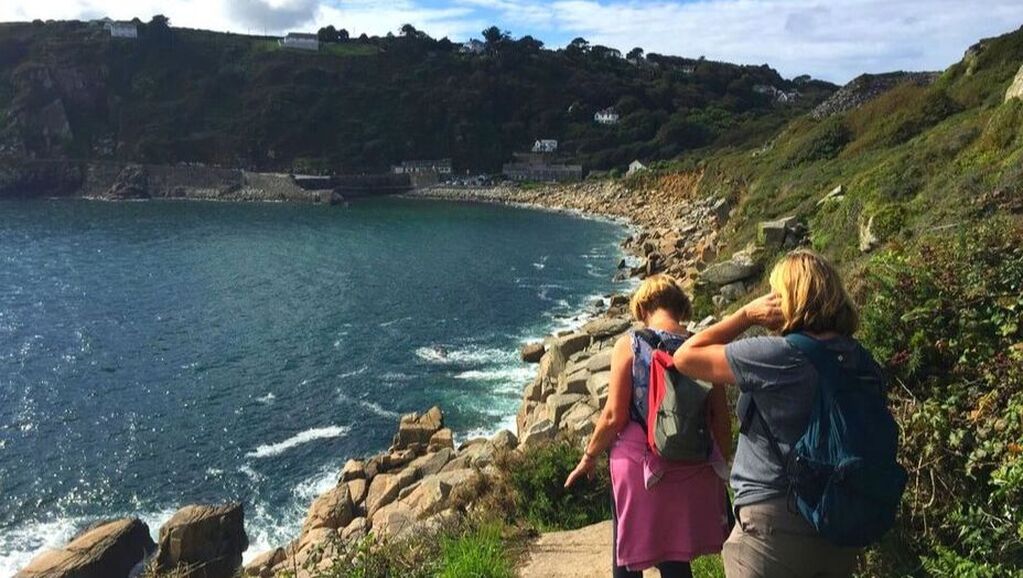 We take a train to Penzance, which is the closest station to Marazion, our home base for week one of the 2015 trip. We had to rush and run to catch the train and made it by the skin of our teeth. They do not hold trains for people; if you're late, tough luck. That's the British for you. Although the good thing is, trains are on time! (Because they don't hold them up for slow-pokes.) Marazion is only a five-minute bus ride from Penzance but we decide to hit the trail before going to our cottage as it’s early enough to finish before dark and we’re eager. 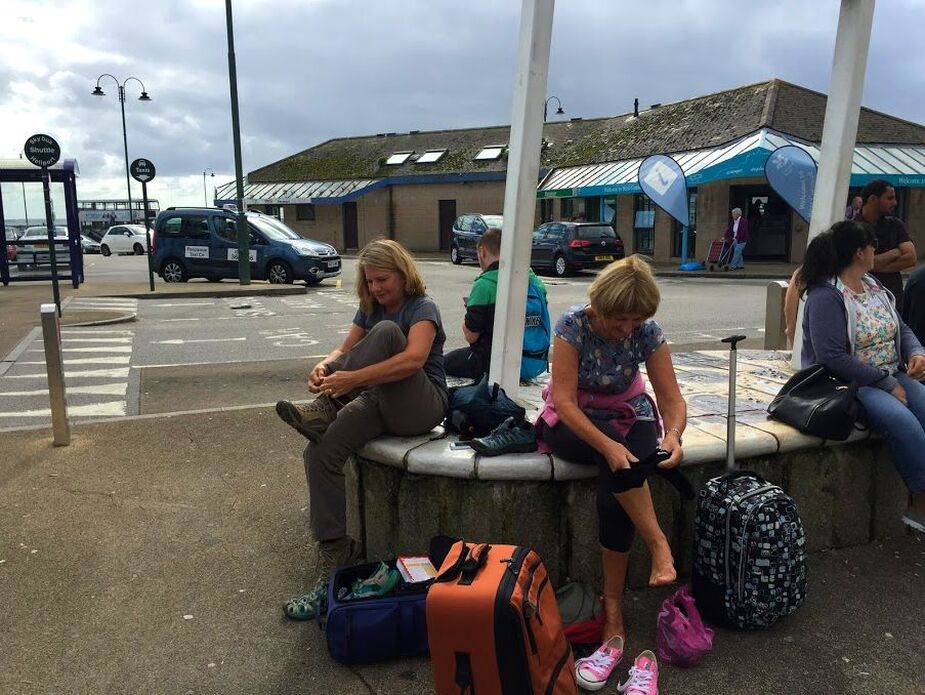 Penzance has a few places where for a small fee you can drop your luggage, which is what we do after switching our shoes and packing raincoats in our backpacks because just look at those clouds. I swear the weather in Penzance is always one of three things: just rained, raining,or going to rain. It's the only place we've been where some form of wet stuff is usually a given. 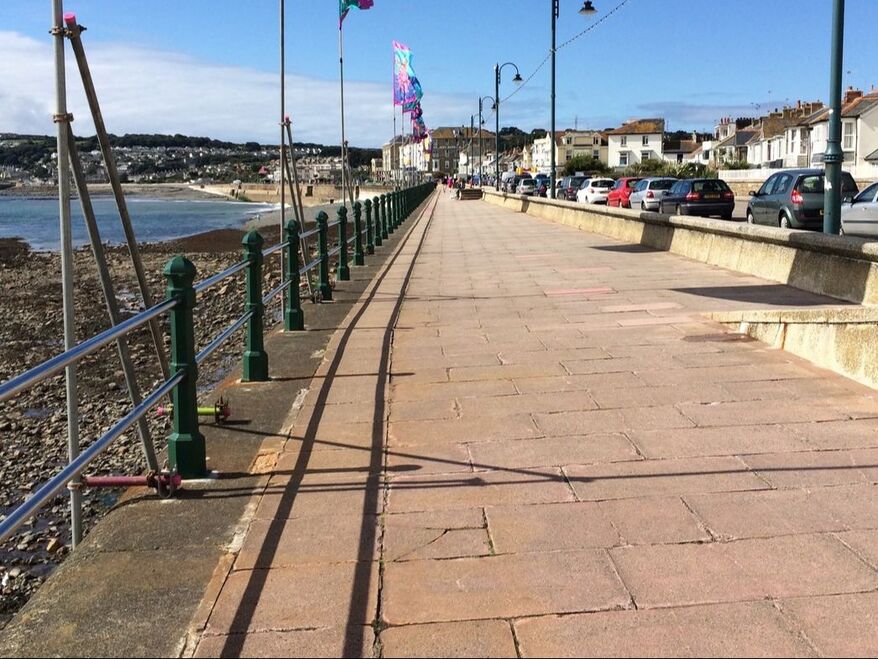 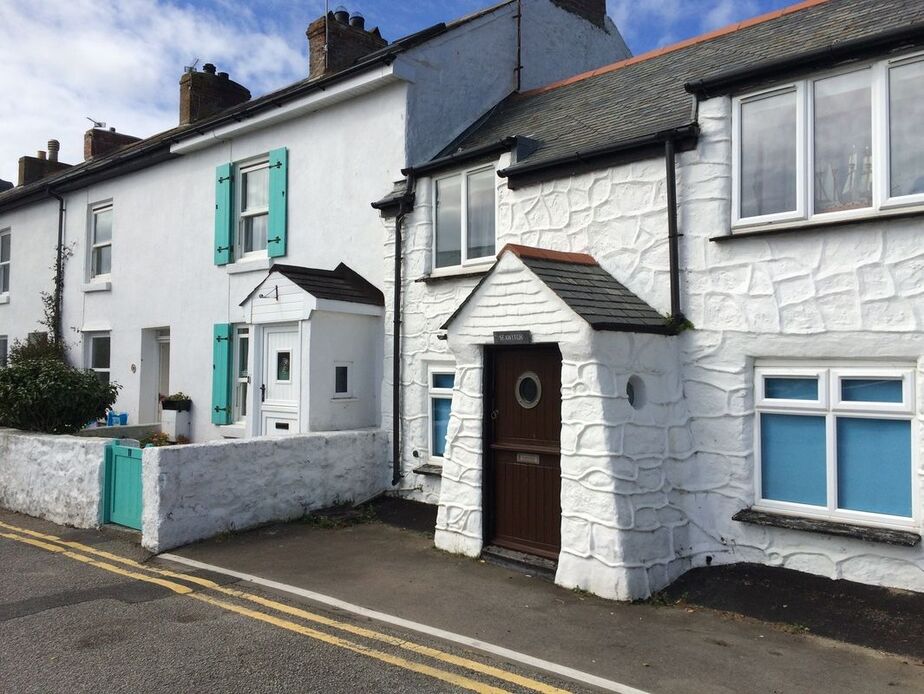 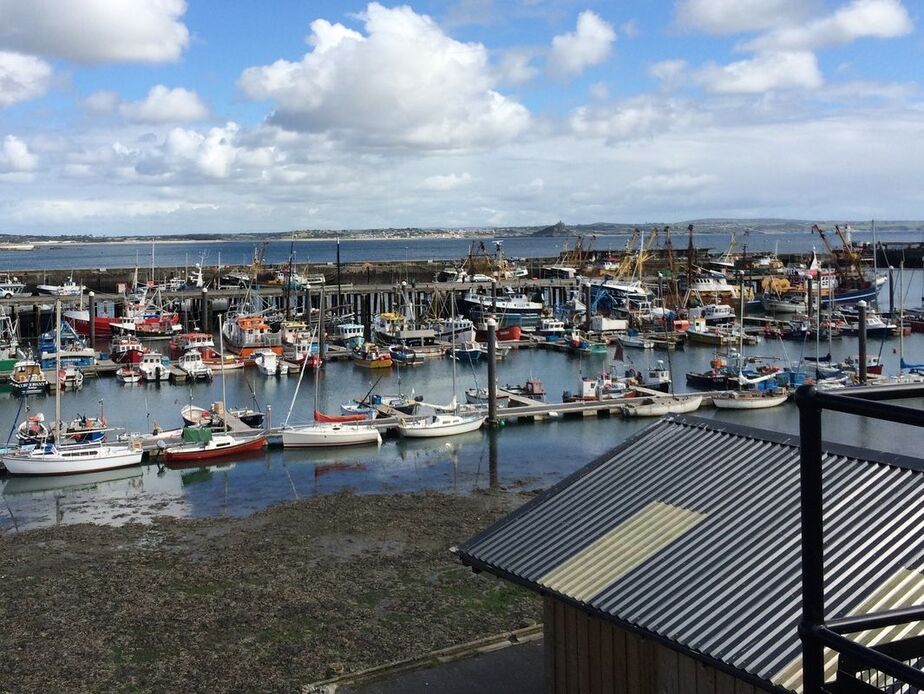 We pass through Newyln, a major fishing port with one of the largest fishing fleets in the UK. And that's about all I know about Newyln. 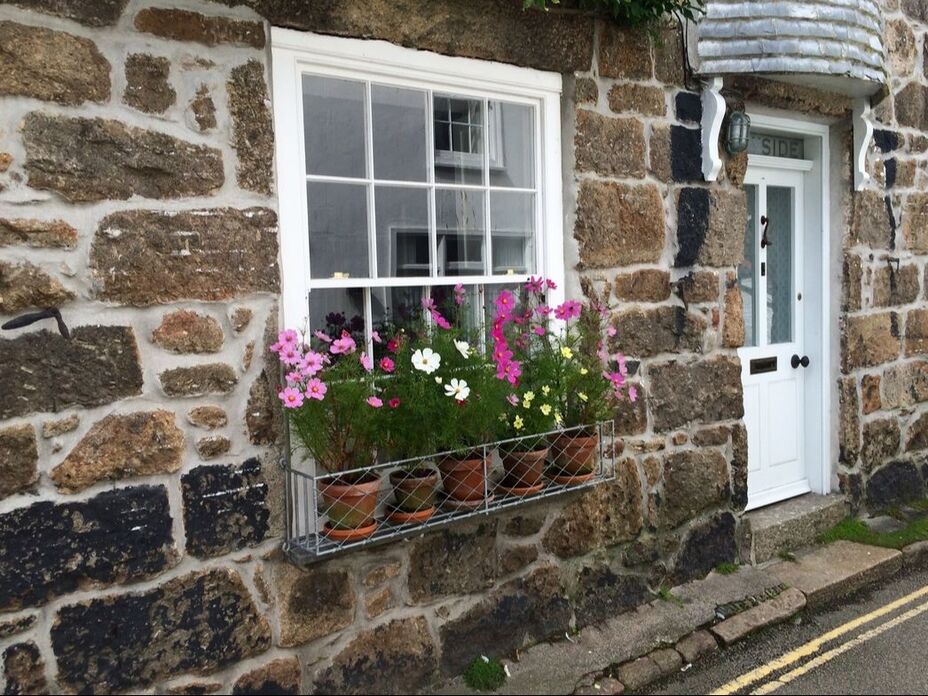 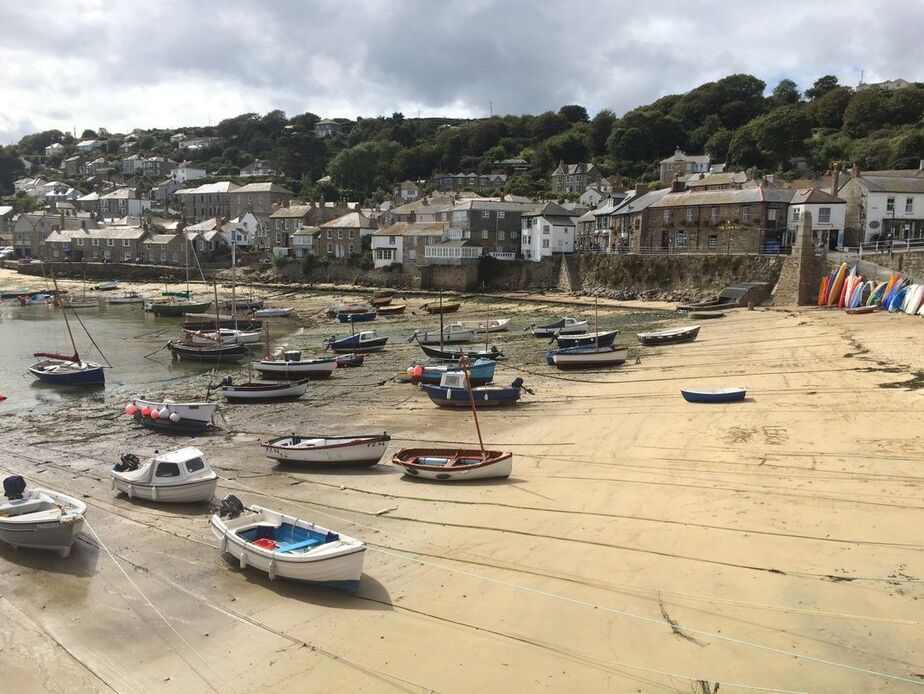 Mousehole, just down the road, is not at all pronounced the way it looks like it should be. It's "Mowzel". We had planned on visiting this little hamlet during our 2012 trip to Cornwall but ran plum out of time. Easy to happen in England.

Dylan Thomas called Mousehole “the loveliest village in England.”* Dylan, in case you forgot or never knew, is considered Wales' greatest poet. He wrote deep stuff that I am usually too tired to understand because reading deep poetry makes my head hurt. But still. If a famous poet calls a place “the loveliest village in England,” I’m apt to mosey on over and give the place a looksee.

Some history stuff: Mousehole developed around the fishing trade, appearing in record books as a major fishing port way back in 1266, which is an amazingly long time for a record book to exist. Supposedly, the last fluent native speaker of the Cornish language lived in Mousehole. Some accounts say Dolly Pentreath was the last person who spoke only Cornish, while others say she learned English at the age of twenty. Whatever. It’s still cool.

According to the travel guides, as you walk towards the harbor from the car park you will pass the house where Dolly lived. It’s marked by a plaque. I mention this because my plan was to take a photo of said plaque and include it in a future post, at which time you could say, “Oh, I remember Chris mentioning that house and that lady. Wow. She was right. There is a plaque.” But I totally forgot about the house and we walked right by it without even noticing which just proves you need to write stuff down so you don't forget and miss things like the house of the last fluent native speaker of the Cornish language.

Mousehole is a maze of narrow, winding streets filled with small shops, galleries, and restaurants. The cottages were built from finely grained granite, and if the Spaniards hadn’t sacked the place in 1595, they would be some old cottages indeed. Alas. The Spaniards did sack, burning the entire village down to wispy ashes and missing only one lowly house, which still stands today. Which we also forgot to look for. Sigh.

​*Don't ever call Cornwall "England", because although today it's part of the UK, it's not and never has been England, and in Cornwall that matters. A lot. Nobody told Dylan Thomas though, and he blissfully stuck to his "prettiest village in England" proclamation until the last bitter end. (I have no idea whether his end was bitter or not.)​ 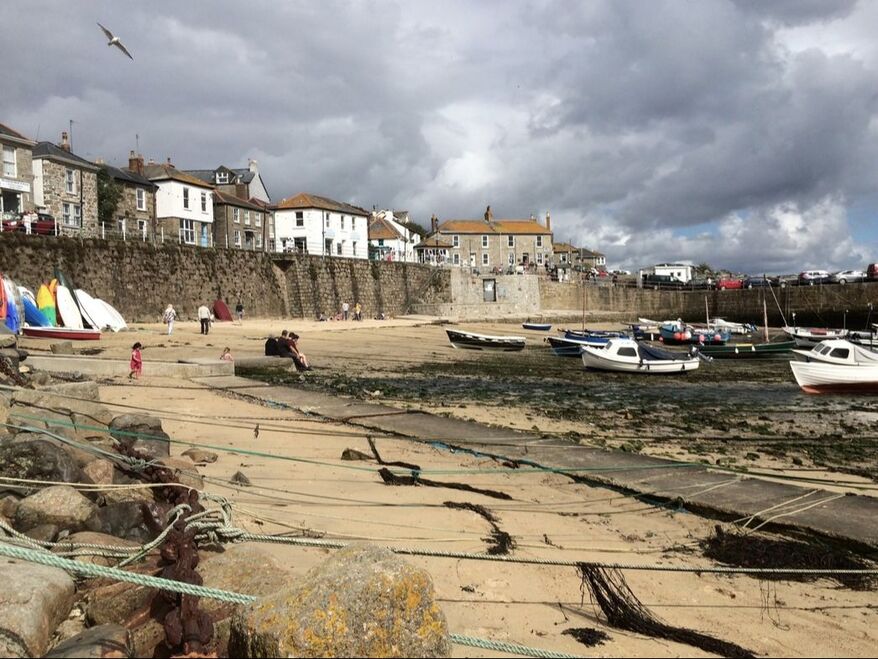 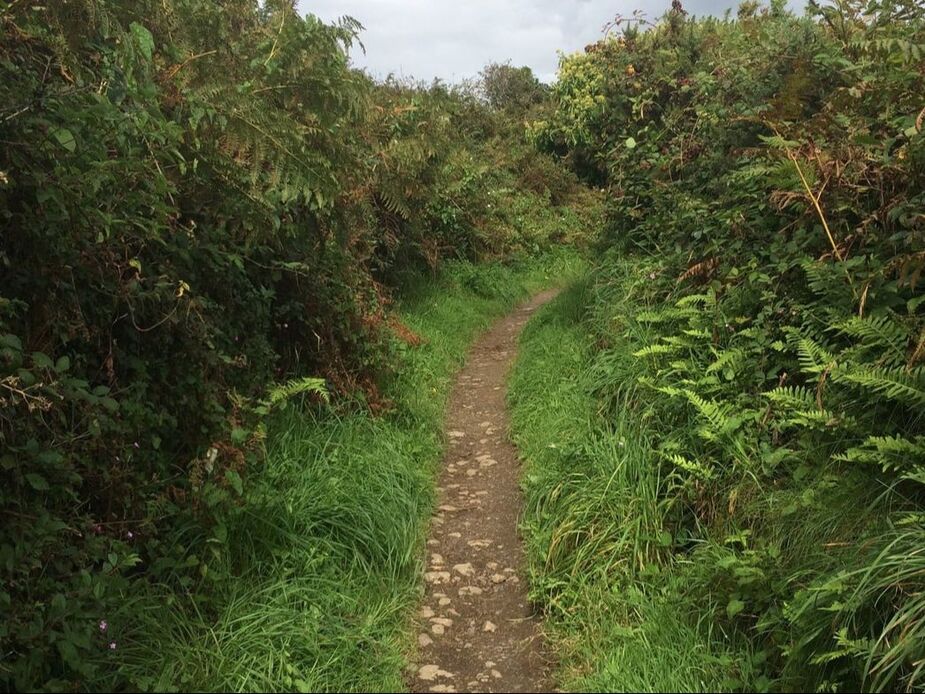 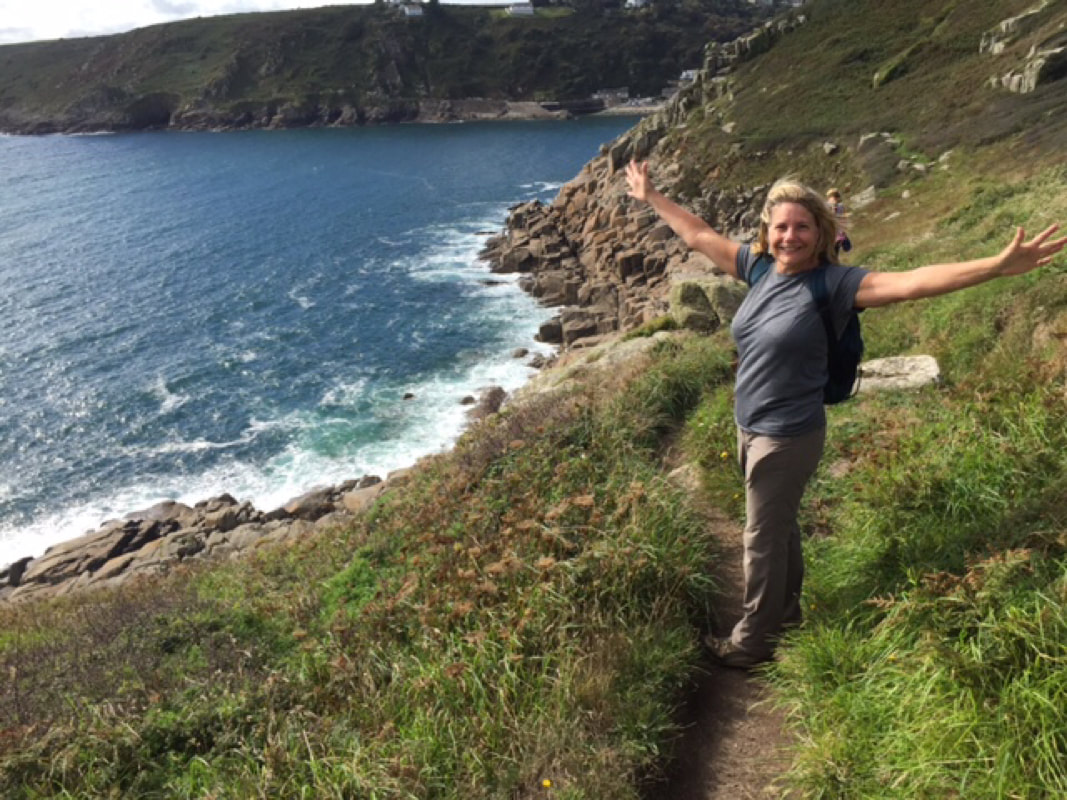 In this case, the hill led to the last leg. We can see Lamorna around the bend. 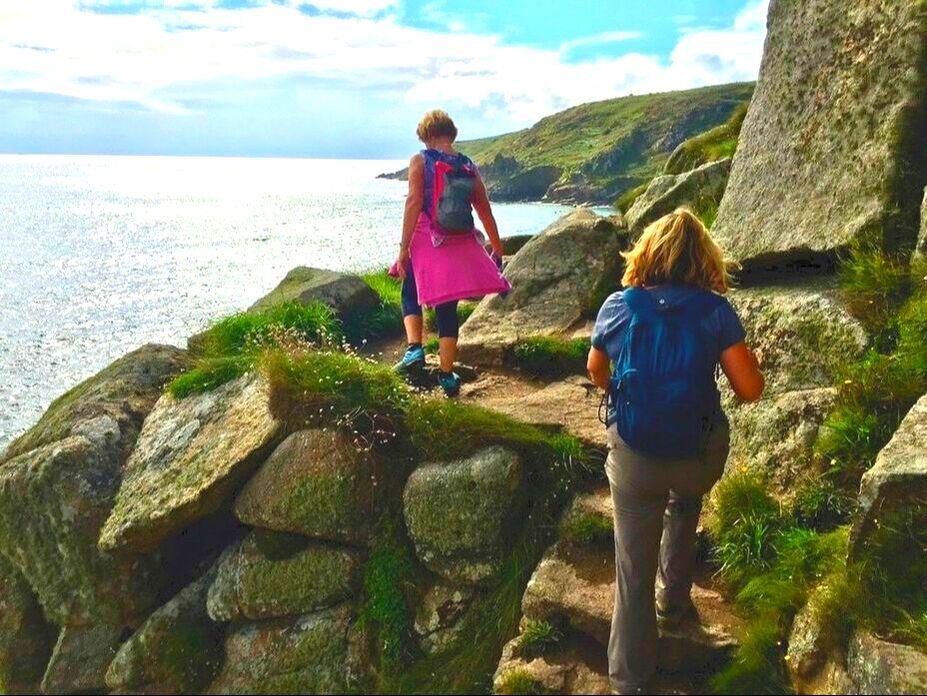 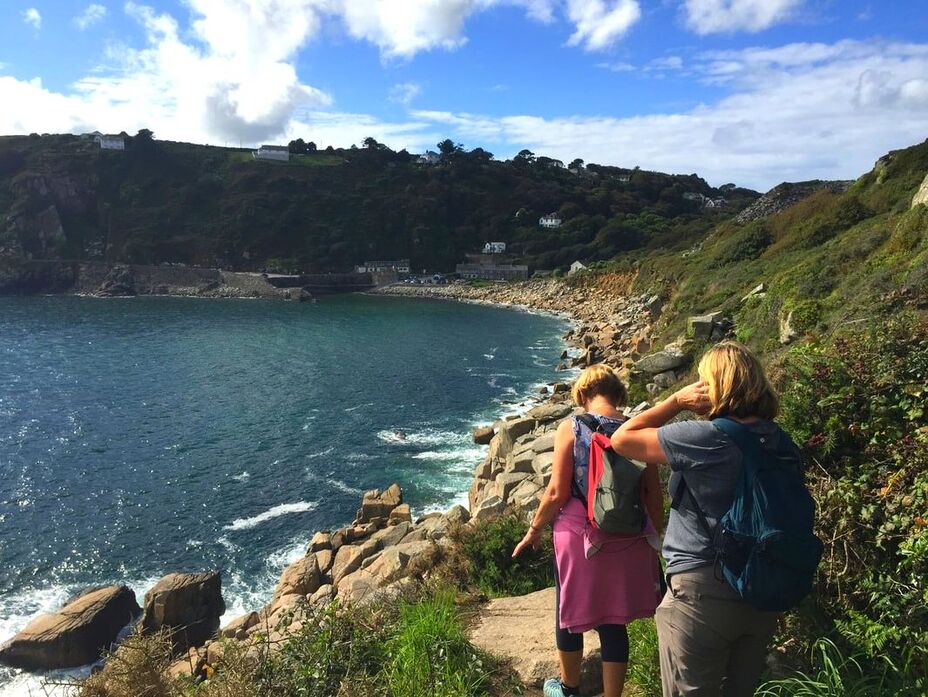 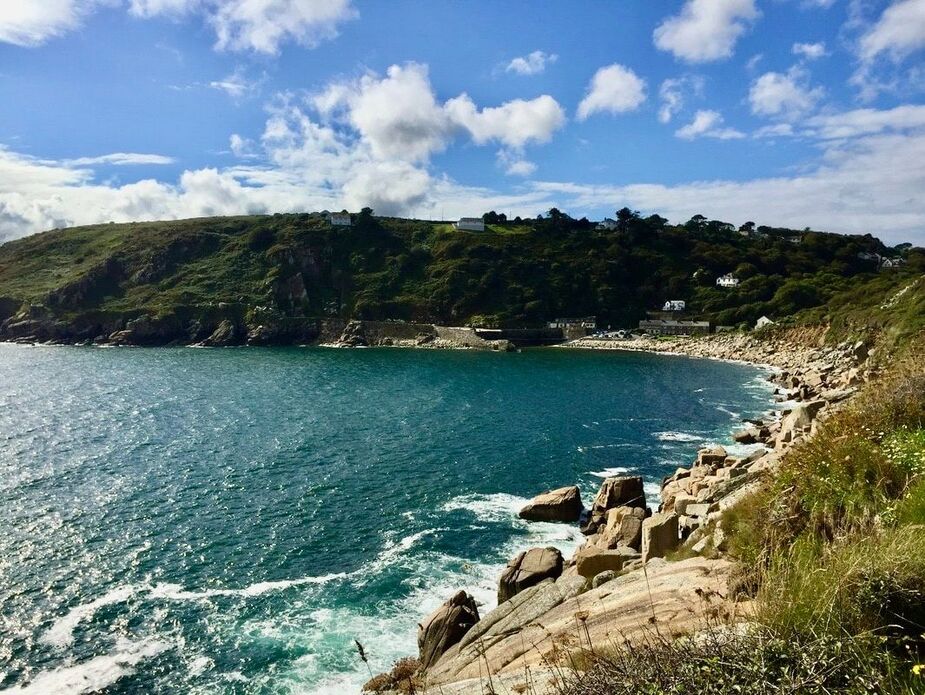 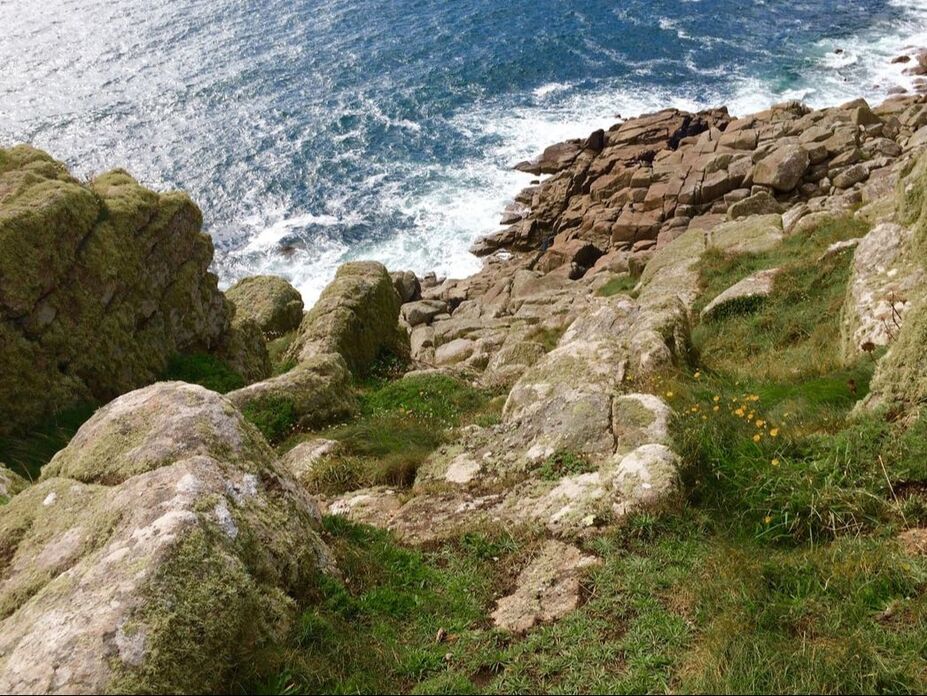 The final descent to Lamorna!