It was the Romans who first made Bath famous. One day they discovered that hot water was pouring forth from somewhere deep below the earth's surface. "Lo!" they probably said. Or maybe "hark!" Most likely it was something in Latin.

Actually, it’s more accurate to say that the Romans rediscovered the natural springs because eons before the Romans came tromping into town the area had been a Celtic shrine, dedicated to the Celtic goddess, Sulis. And actually, it wasn’t the Celts who "discovered" the springs either. Archaeological evidence shows that there was human activity around the hot springs at least 8,000 years B.C.

So that’s that. We have no idea who discovered the springs.

At any rate, the Romans created a settlement known as Aquae Sulis, which is Latin for "the waters of Sulis." Over time, as the Roman Empire was stretched to it’s limit, troops were gradually pulled out of Britain to handle emergencies (like, for example, their entire empire crumbling) elsewhere. By 450 England was no longer part of the Roman Empire.

A bunch of history stuff happened, and lo! it was the 1700s. 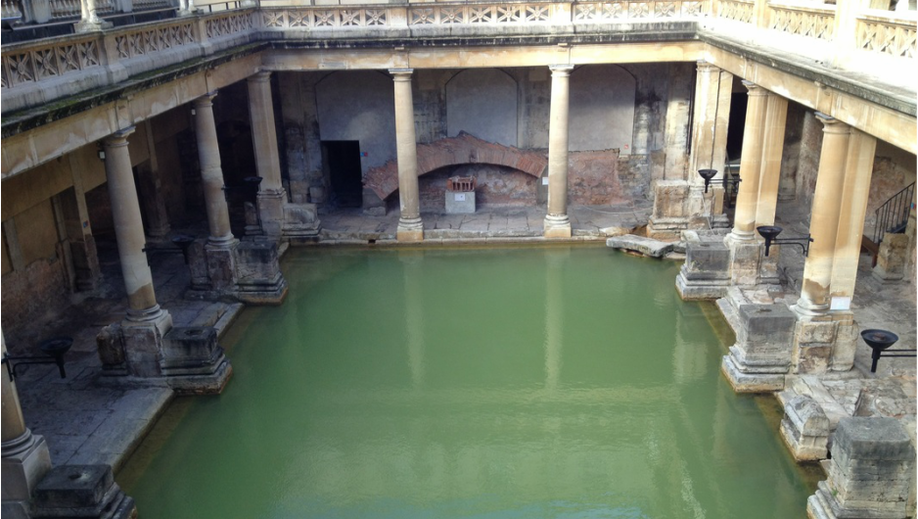 ﻿In 1707 Dr. William Oliver published a fun read called Practical Dissertation on Bath Water. Oliver highly recommended both drinking and bathing in the natural spring water, insisting that the waters would cure a long list of diseases, including the very popular gout. When royal people, like Queen Anne, started taking the waters at Bath, a tourist attraction was born. Postcards boomed. T-shirts took over. Timeshare was invented.

Five places to see while in Bath

In no particular order. 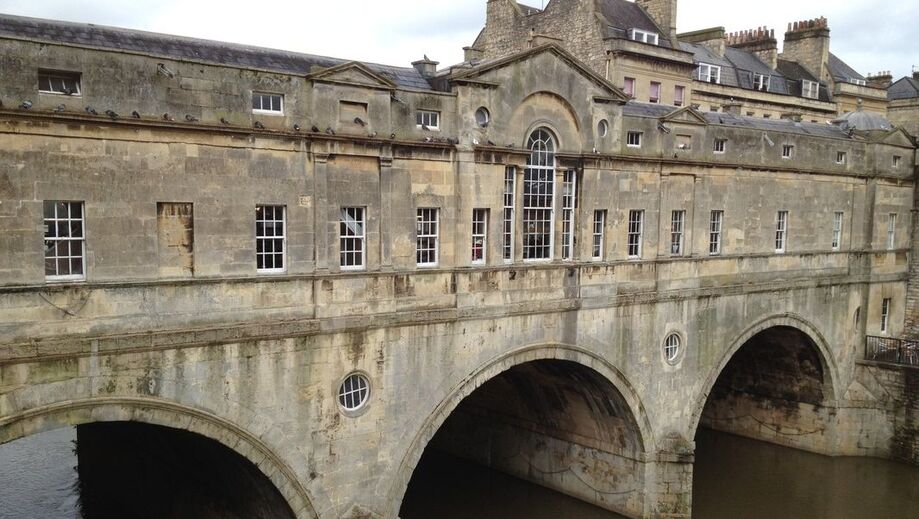 This one of the few historic bridges in the world that has shops on it. There’s another one in Florence, which is, admittedly, way more famous. But I bet that one doesn’t have a tea shop on it. 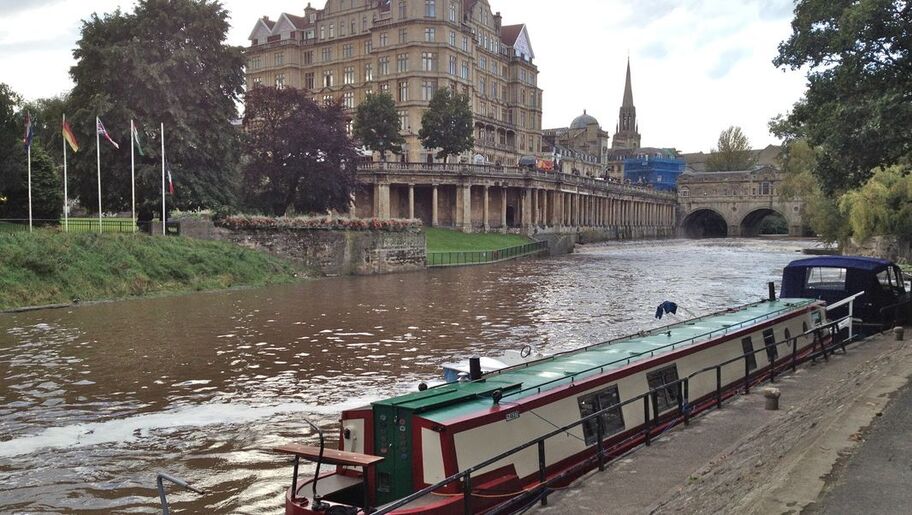 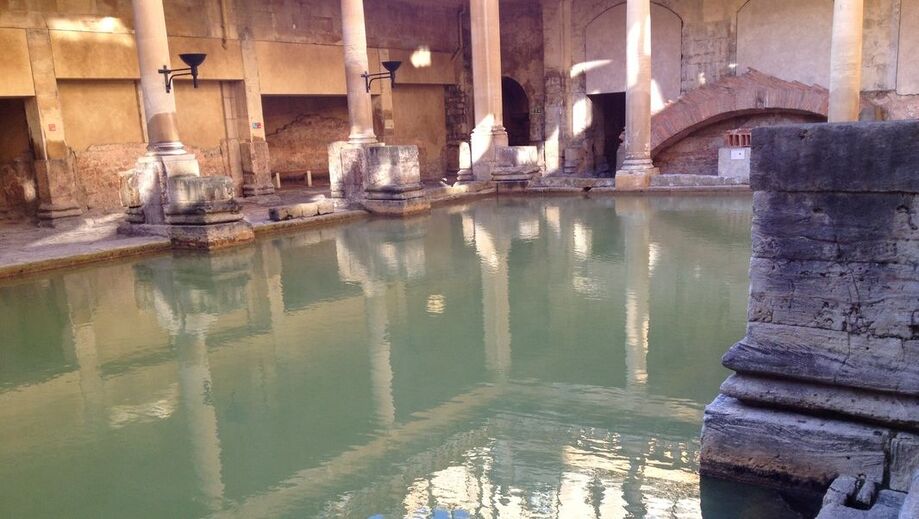 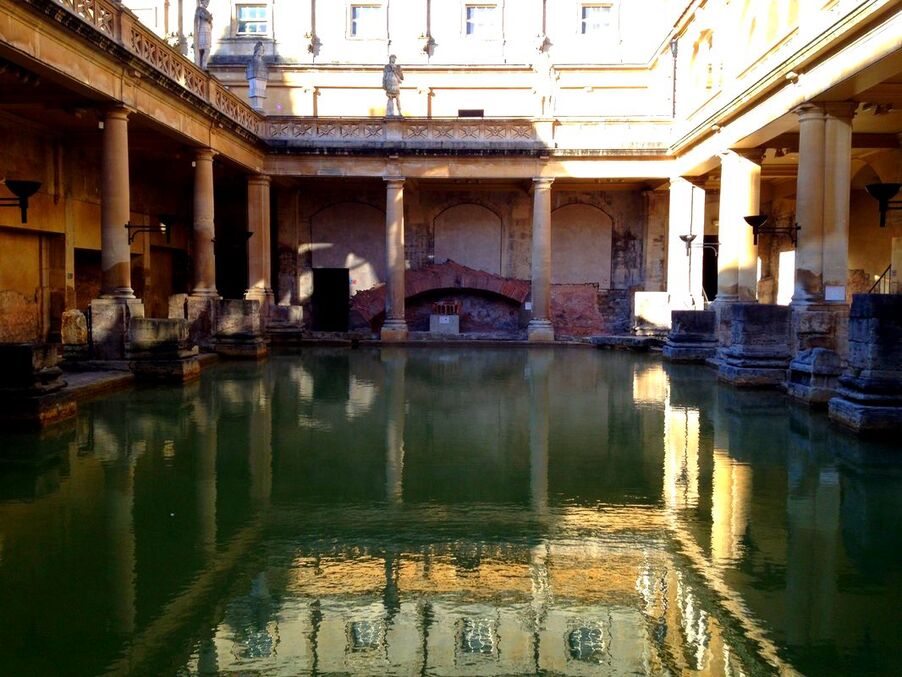 The thirty houses of the Royal Crescent were built by John Wood, the son, between 1767 and 1775. It was a feat of engineering and quickly became the place to live in Bath. No doubt Jane Austen walked here herself; you don't come to Bath without walking the Crescent. 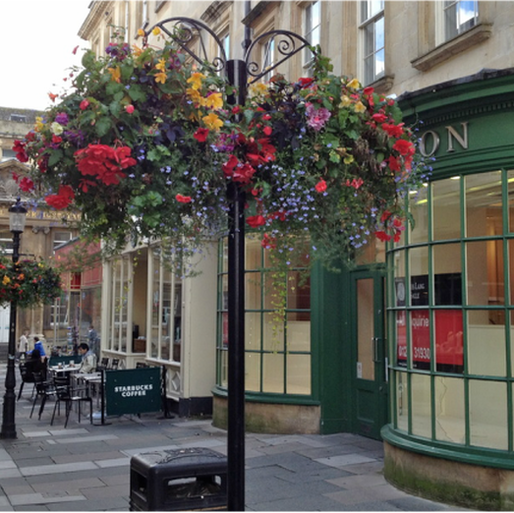 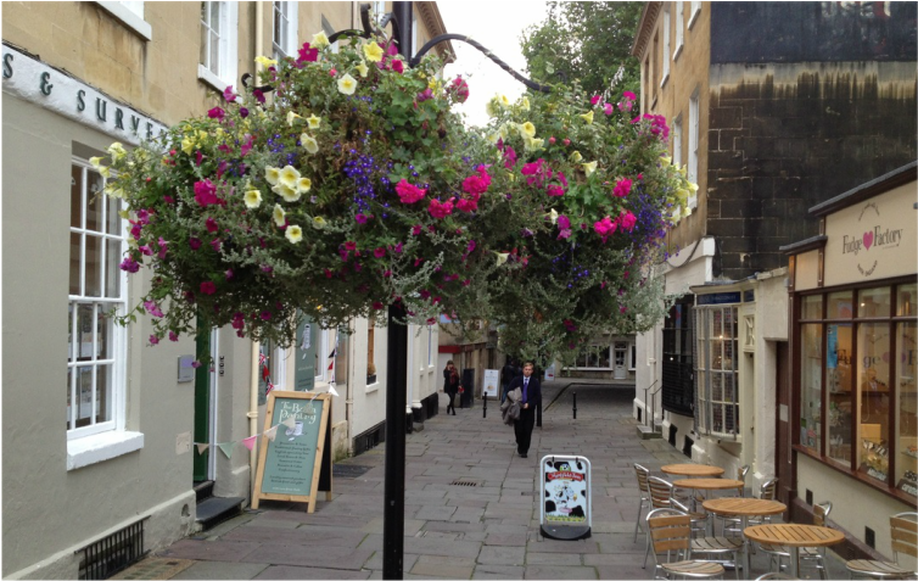 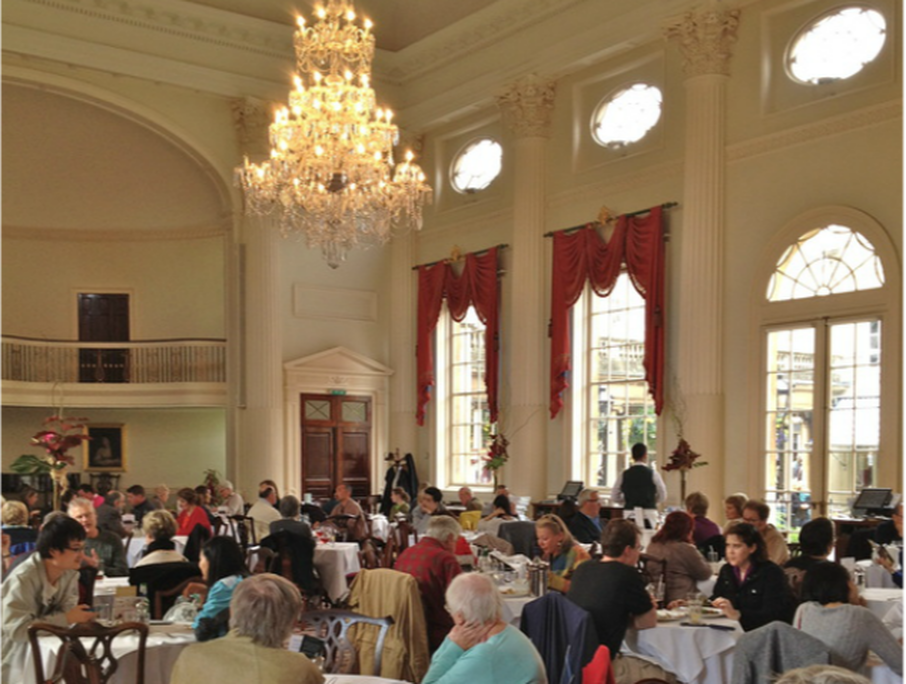 If you're a Jane Austen fan, you know all about this room. It's where Catherine Morland paced nervously trying to find her Mr. Tilney:

"With more than usual eagerness did Catherine hasten to the Pump-room the next day, secure within herself of seeing Mr. Tilney there before the morning were over, and ready to meet him with a smile; – but no smile was demanded – Mr. Tilney did not appear. Every creature in Bath, except himself, was to be seen in the room at different periods of the fashionable hours; crowds of people were every moment passing in and out, up the steps and down; people whom nobody cared about, and nobody wanted to see; and he only was absent. “What a delightful place Bath is,” said Mrs. Allen as they sat down near the great clock, after parading the room till they were tired; “and how pleasant it would be if we had any acquaintance here.”

In Jane's day, the Pump Room was empty of almost all furniture, leaving lots of room for people to parade their fine clothing around the room. Today they're parading from a sitting position.
Copyright © 2012